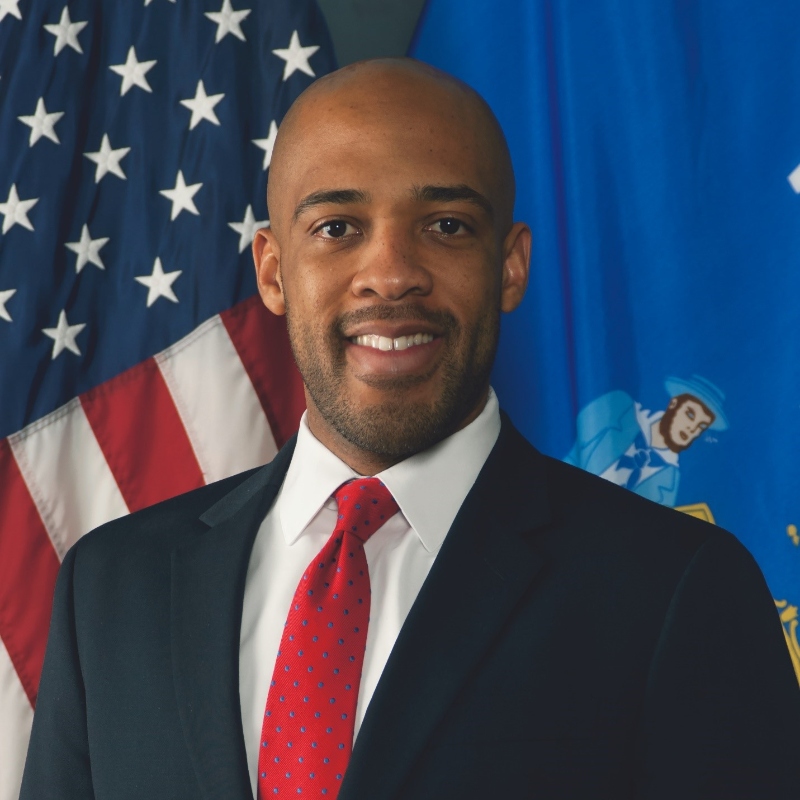 Born and raised in Milwaukee, Lt. Gov. Barnes is the son of a public-school teacher and a manufacturing assembly line worker—both union members to whom he credits for shaping his worldview. A proud product of Milwaukee Public Schools, he graduated from John Marshall High School in 2003.

Lt. Gov. Barnes is a graduate of Alabama A&M University. After college, he worked for various political campaigns and in the city of Milwaukee mayor’s office, and then as an organizer for Milwaukee Inner-City Congregations Allied for Hope, a Milwaukee-based interfaith coalition that advocates for social justice.

In 2012, at the age of 25, Lt. Gov. Barnes was elected to the Wisconsin State Assembly, where he served two terms. His time in the State Assembly included serving as Chair of the Legislature’s Black and Latino Caucus and becoming a recognized leader on progressive economic policies and gun violence prevention legislation.

The lieutenant governor uses a platform of sustainability and equity to fight for solutions that invest in opportunities and fairness for every child, person, and family in Wisconsin, regardless of zip code.
Speaking At
Laying the Foundation for Renewable Energy Growth in Wisconsin
Close